October 20. Azerbaijan is using banned weapons against the civilian population 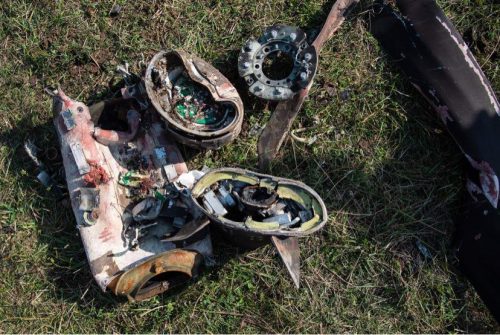 On October 20, the Armenian Unified Infocenter reported that Azerbaijan is using banned weapons against the civilian population of Artsakh/NK. Not far from Stepanakert, the capital of Artsakh, a cluster bomb used by Azerbaijan has been found with more than 260 shrapnel bombs, not all of which have exploded. This goes against all international conventions, which prohibit their use against civilians. The territory where the rocket was found is an economic activity zone. The people there engage in animal husbandry, farming, and beekeeping. There are no military structures in the area.

The RA Human Rights Defender Arman Tatoyan presented in the National Assembly the consequences of Azerbaijan’s attacks and mentioned that the targeted attacks by the Azerbaijani side against the civilian population of Armenia and Artsakh are a gross violation of the international law.

Earlier, Arman Tatoyan reported that the mass destructions and atrocities committed by Azerbaijani armed forces in Artsakh (Nagorno Karabakh) are consequences of international and especially human rights organizations’ continuous denials to visit Artsakh, despite numerous calls, invitations and earnings from our side. They have to document all these violations physically being in Artsakh; they have to see and perceive everything in person.

It is time to prove that the principle “No one should be left behind and no human right should be ignored” being stated at very high levels, is not just a nice expression and an illusion, but a principle that protects real people in real life.

It is time to show that no one has canceled the right of a child to enjoy a happy childhood; a mother’s right to bring up her child in peace and the right of grandmothers and grandfathers to enjoy their lives in dignity; that no political reason can affect the human rights protection.

The Republic of Armenia and the Republic of Artsakh/Nagorno-Karabakh Ombudsmen Arman Tatoyan and Artak Beglaryan held a meeting with the heads of diplomatic missions and International organizations accredited in Armenia.

Artak Beglaryan, the Human Rights Defender of Artsakh, presented to the meeting participants a comprehensive report on the damages inflicted as a result of deliberate targeting of the civilian population and infrastructure of Artsakh by the Azerbaijani armed forces. Artak Beglaryan noted that the rocket strikes of civilian settlements are carried out with weapons prohibited by international conventions, which is intended to intimidate and physically annihilate the civilian population, thus ignoring all the fundamental norms of international law aimed at the protection of civilian population.

Artak Beglaryan also drew the attention of the participants to the situation with regard to the epidemic situation in the territory of the Republic of Artsakh/Nagorno-Karabakh in the conditions of hostilities and stressed that the consistent violations of the ceasefire agreements by Azerbaijan and the continuation of hostilities can lead to epidemiological disaster in the territory of Artsakh.

The Ombudsman also informed those present about the cases of extremely cruel treatment, murders, looting and mutilation of bodies of the prisoners of war and the civilian population appeared under the control of Azerbaijan underlining that the videos containing episodes of these inhumane actions by the Azerbaijani armed forces receive a wide positive feedback in the social media of Azerbaijani society.

In his report, the Human Rights Defender of Armenia Arman Tatoyan presented the actions carried out by Azerbaijan against the sovereign territory of the Republic of Armenia, targeting the civilian population and non-military infrastructure, as a result of which there have been casualties among the Armenian population, as well as serious material damages to the housing stock and social institutions.

Arman Tatoyan touched upon the deliberate and consistent targeting of journalists carrying out their professional activities. Arman Tatoyan described this practice as a crime against the freedom of speech and a gross violation of the international law.

Within the framework of the Shanghai Cooperation Organization Artur Davtyan, the RA Prosecutor General, raised the issue of inadmissibility of the use of international terrorism by Azerbaijan against peaceful civilians and in the hostilities. Referring to the circumstance that one of the main objectives of the Shanghai Cooperation Organization is to ensure peace, security and stability in the region, as well as the joint counteraction to international terrorism, Artur Davtyan considered inadmissible the involvement of a terrorist element in hostilities and the atrocities typical to terrorist extremists committed against civilians and servicemen.