The Court rules: the citizen was unjustifiably registered as a drug user

On 18 March 2021, General Jurisdiction Court of Shirak Region upheld HCA Vanadzor advocates’ claim to eliminate the registration of S.M. in Gyumri Mental Health Center and the note “as a drug user” in his medical documents.

When making a transaction in the RA Road Police, S.M. got informed that his driving license was suspended, as he was registered in Gyumri Mental Health Center.

Taking into account that S.M.  has never had mental health problems, has not used drugs and has never applied to a doctor to get treatment, HCA Vanadzor advocate S. Galstyan made an application to Gyumri Mental Health Center, claiming to restore S.M.’s violated rights: to eliminate entries - in his medical documents - containing the expression “as a drug user” and his registration. At the same time, the advocate asked to provide copies of all the documents on S.M. that they possessed.

Whereas, according to the procedure established by law, conclusion of the laboratory can only be the basis to undergo the relevant medical examination and get a diagnosis by the doctor-narcologist. But the lack of the relevant documents regarding S.M. shows that he was registered in Gyumri Mental Health Center without any grounds.

Based on the aforementioned, on 18 March 2021, General Jurisdiction Court of Shirak Region fully upheld the claim and decided to restore S.M. 's violated rights.

It should be noted that HCA Vanadzor lawyer Tatevik Siradeghyan implemented protection of the plaintiff’s rights in a similar case back in 2015. In the frame of this case, the Court referred to the RA Government’s relevant decision and clearly noted in their judgment that for a person to be registered “as a drug user”, medical examination and a diagnosis of a doctor-narcologist are needed, which were lacking in this case, too.

According to HCA Vanadzor advocate Samson Galstyan, the importance of this case is that organizations with the power to register a person “as a drug user” mainly register persons “as drug users” illegally, without the procedures established by law, by thus restricting citizens’ rights, while this judgment must have a deterrent role for such organizations.

Since 2011, HCA Vanadzor has been monitoring the situation of the rights of drug users. We have mentioned in our publications many times that  discriminatory terms such as “narcomaniac” and “narcomania” are frequently used in mass media and state organizations’ official pages. The legal act regulating the registering of drug users itself contains discriminatory language. We have made recommendations to improve the sphere and replace discriminatory terms. However, neither formulations nor the practice has been changed.  The process of registering persons as drug users  has not improved yet: arbitrary decisions are made by avoiding legislative regulations,which leads to violations of human rights. 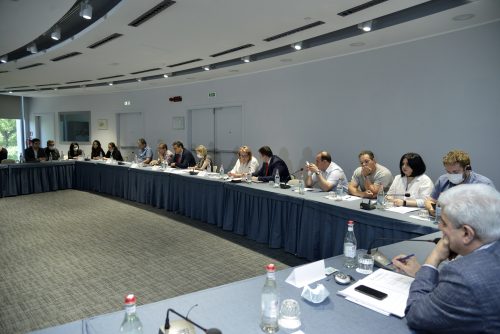