“Sharp criticism is not hate speech, and it is addressed to the RA authorities, not Armenians”, says S. Sultanyan’s defender 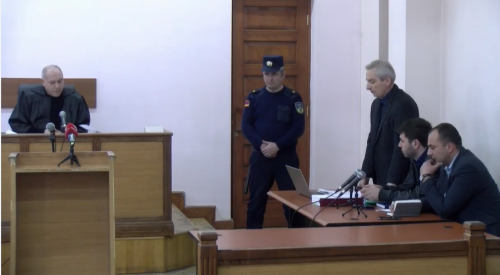 The Court continued examining evidence, and then, based on the petition of the defense, the hearing continued in camera, as the conversations examined were private and family conversations according to Sashik Sultanyan.

Let us remind that Sashik Sultanyan was charged under point 1 of part 2 of Article 226 of the RA Criminal Code (incitement of national, racial or religious hatred) by which voicing violations of the rights of Yezidis residing in Armenia was qualified as incitement of national hatred.

During the hearing of April 19, 5 videos were examined, where Yezidis residing in Armenia present their problems and complain of the RA authorities. In this context, S. Sultanyan’s defender Ara Ghazaryan drew attention to the condition that complaints expressed in the videos were addressed to the RA authorities and not the Armenian population, which falls out of the scope of the accusation logic. Sashik Sultanyan added that it proved once again that those problems were not invented and that they had conducted human rights activity by providing legal support.

The defense petitioned and the Court examined Sashik Sultanyan’s phone conversations in camera, taking into account the fact that they were private conversations. Evidence examined in camera also contains conversations in the Yezidi language, and a translator will be involved to examine them. Based on this, the court hearing was postponed and the next hearing is to be held at 2:30 p.m. on 20 June 2022.

Full recording of the court hearing is available here.