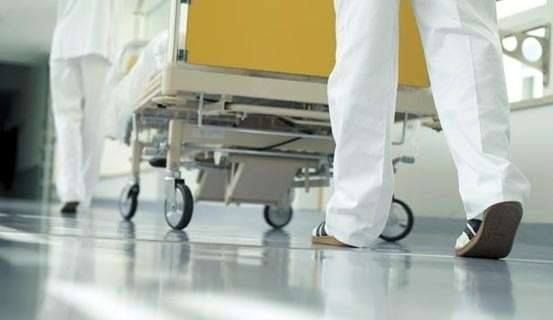 In 2018, an incident took place between Lori region Spitak city resident Sonya Sargsyan’s son and policemen. As a result, a criminal case was initiated and her son was arrested for 2 years and 6 months. As Sonya Sargsyan tells, her son has mental problems, he has attemped to commit a suicide twice and was exempted from the military service on these grounds. On March 24, 2020, concerned that her son might make attempts to commit a suicide in the penitentiary institution, as well,  seeing no way out and ignoring the state of emergency and the declared quarantine, Sonya Sargsyan went to the RA Prosecutor General’s Office.  Mrs. Sonya says that she has applied to the former Prosecutor of Lori region for many times and the former rejected her, telling her not to apply to him with that issue anymore. She was also rejected by the RA Court of Cassation.

“In the Prosecutor’s Office, I told them to either respond to my letters or take my letter. 2-3 policemen and a woman came up and asked where I was from, I told them I was from Spitak city. They said, “This is not a concert organized by your order, leave and come later” ”.

Frustrated and neglected by all the instances, the woman made a self-immolation attempt near the Prosecutor’s Office. Employees of the Prosecutor’s Office insulted and used physical force against the 57-year-old woman and then called the Police. Physical and psychological violence continued in Yerevan city Kentron Police department. In our previous publication we touched upon the issue of Sonya Sargsyan, who had been subjected to ill-treatment by law enforcement bodies.

“I was locked in a room without any explanation. They were talking on the phone and playing computer games, while I was in the Police, hungry and thirsty, for more than 7 hours. I asked one of the policeman if they had the right to hold me there for more than 3 hours, what crime I had committed to be locked in that space. He told me, “Come, I’ll take you to another policeman”. They were taking me to the 4th floor and then back to the 3rd floor. I asked another policeman if they had the right to keep me there, to which he answered, “I’m a policeman, I do what I want. And if I want, I’ll keep you here today” ”, Mrs. Sonya recalls.

The woman claims that all of this can be proved, as the cameras were recording everything.

Having kept Mrs. Sonya for about 8 hours, the policemen lied to her, saying that the Prosecutor’s Office would send a note in the frame of her case. Then, 2 persons in blue uniforms came without any identification and without introducing themselves, and asked why Mrs. Sonya was offended by the Police. Once again, Mrs. Sonya complained as to on what grounds the Police illegally kept her in the Police for hours on end. “They told me they would take me to a place, from where I would never be back”, Sonya Sargsyan says.

Mrs. Sonya was then forcibly transferred from the Police to “Avan” mental health center.  “Dragging, beating and pulling me, 10 policemen and 2 doctors took me there. They told me they were taking me to have a conversation with a doctor and that I would then be taken back. On March 25, at around 5 p.m., they took me to the psychiatric hospital and locked me in a room with about 50 persons who had different mental health problems”, Mrs. Sonya tells.

At first, they had an aggressive attitude to the 57-year-old woman, as they thought she had mental health problems. For the first two days, the chief doctor and head of the department gave her pills as if to stabilize her state, then Mrs. Sonya refused to take them, reasoning that she felt bad due to the medicaments.

Following the citizen’s application, based on the provisions determined by Articles 178, 180, 181, 182 of the RA Criminal Procedure Code, on March 31, HCA Vanadzor made a crime report to the RA Prosecutor General Artur Davtyan, claiming to initiate a criminal case on these factual circumstances.

HCA Vanadzor expects that the Prosecutor General will provide a full, comprehensive and proper investigation into the initiated criminal case in order to discover those who used violence against Sonya Sargsyan, and will take steps to discover the circumstances of the case in order to hold the perpetrators liable .

On the same day, HCA Vanadzor addressed a note to the RA Minister of Health Arsen Torosyan, requesting clarifications as to when and on what grounds the policemen transferred Mrs. Sonya to “Avan” mental health center and on what grounds she was enforced to stay there for 10 days on end. Besides, HCA Vanadzor also asked the Minister of Health to provide all the legal grounds of keeping the woman in the mental health center, as well as copies of all the documents related to her case.

On April 3, Sonya Sargsyan was released from “Avan” mental health center. Expressing her gratitude to the head and staff of HCA Vanadzor, Sonya Sargsyan says that she has been aware of the Organization for a long time, as HCA Vanadzor also provided support for her son to be exempted from the military service. She was convinced that this time HCA Vanadzor would also help, “If HCA Vanadzor didn’t support me, I would still be detained. If I was allowed to have at least a cup of coffee in the prison, nothing was allowed in the psychiatric hospital. I am grateful to HCA Vanadzor staff for immediately responding and helping me. They gave a call on my phone there, I talked to them and told them everything. Due to their support, I was released from those harsh conditions in 10 days and returned to Spitak”.

In a response letter dated April 1, 2020, the Prosecutor General’s Office sent HCA Vanadzor’s letter to the Special Investigation Service to prepare materials and resolve the process in a manner prescribed by Articles 180-181 of the RA Criminal Procedure Code.