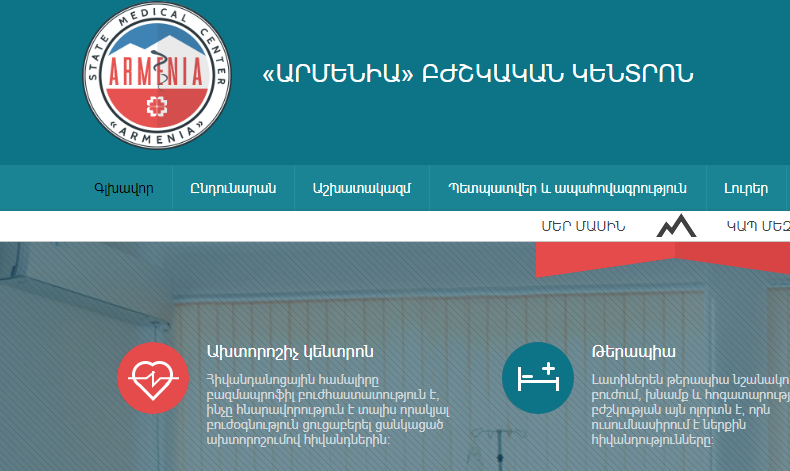 The RA Health and Labor Inspectorate recorded violations in Edgar Tsatinyan’s medical documents who died in “Armenia” MC on April 8, 2019.

The Inspectorate informed Arayik Zalyan, E. Tsatinyan’s successor, Helsinki Citizens’ Assembly Vanadzor lawyer, about it by a note on August 5, 2019.

A. Zalyan applied to the Health and Labor Inspectorate on July 4, 2019. In his application, he asked to find out whether not accepting E. Tsatinyan to “Saint Gregory the Illuminator” MC was legal (E. Tsatinyan was transferred to the MC from the police department by an ambulance car) and whether after being transferred to “Armenia” MC he had been provided with proper and adequate medical aid in compliance with the established standards, whether the documents had been filled in properly and in a timely manner.

The Inspectorate proceeded with only some of the issues raised in the application and informed that the rest were out of their authority.

As a result of the RA Health and Labor Inspectorate Yerevan Regional Center employees’ examinations in “Armenia” MC, violations of filling in, keeping and turnover requirements of E. Tsatinyan’s medical documents were discovered and on July 31, 2019, they ordered the director to eliminate them.

E. Tsatinyan was transferred to “Armenia” MC after being tortured in the RA Police Nor Nork department. Their family members informed that he had been beaten in the police department and had been made to give false testimony threatening to “place” narcotic drugs in his pocket. As a result, scared of criminal responsibility, E. Tsatinyan swallowed the narcotic drug and died of acute poisoning hours after being transferred to hospital. His relatives claimed that he had not been provided with proper medical aid in “Armenia” MC and when being transferred to hospital, his lip and dentition were injured, as well as his right hand, which was bandaged by a tie on the wrist.

It is notable that after recording the death case, the MC did not report a crime.

A criminal case is initiated in the RA Special Investigative Service also on the ground of being tortured in the police department.