According to the decision of the Appeal Court, Special Investigation Service will make a decision based on the report against Gevorg Kostanyan 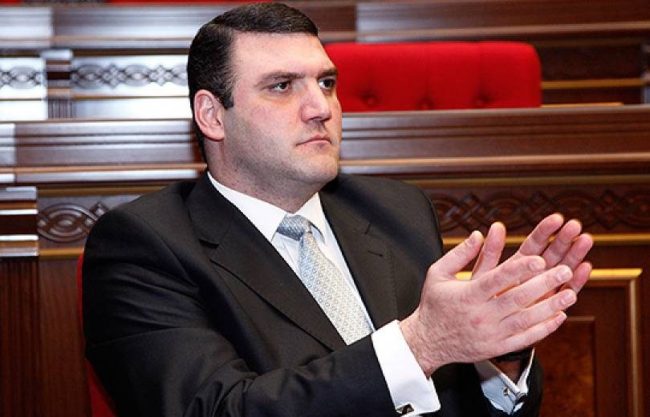 On November 3, 2018, the RA Criminal Court of Appeal upheld Grisha Virabyan and his representative’s – HCA Vanadzor lawyer Arayik Zalyan – appeal complaint on the question of making a decision based on the report of initiating a criminal case against Gevorg Kostanyan.

Grisha Virabyan presented a report on crime on February 12, 2018. In the report he stated that at that time the RA representative in the European Court of Human Rights Gevorg Kostanyan suggested money so that he refused from the criminal case examined under Article 309 of the RA Criminal Code in the RA Special Investigation Service.

On February 24, 2018, the RA Special Investigation Service deputy head M. Babayan replied, that there are no reasons to initiate a criminal case, but he had not made a decision upon it by criminal procedure law and had not provided it to the person who presented the report.

G. Virabyan’s representative Arayik Zalyan applied to Yerevan city General Jurisdiction Court claiming to oblige to make a decision within the meaning of Article 181 of the RA Criminal Procedure Code based on the report. However, the Court rejected the application on August 21, 2018.

On September 13, 2018, A. Zalyan also appealed the decision of the Court of First Instance. He mentioned in the appeal complaint that the body conducting the proceedings expressed inaction not only by not making a respective decision on the report, but also by not taking the necessary investigative and procedural actions. By this, he violated G. Virabyan’s rights.

On November 3, 2018, the RA Criminal Court of Appeal upheld G. Virabyan and his representative A. Zalyan’s appeal complaint. The RA Special Investigation Service will make a decision based on G. Virabyan’s report.