October 11. After the ceasefire agreement came into force, the Azerbaijani armed forces killed at least 5 civilians of the Republic of Artsakh/Nagorno-Karabakh 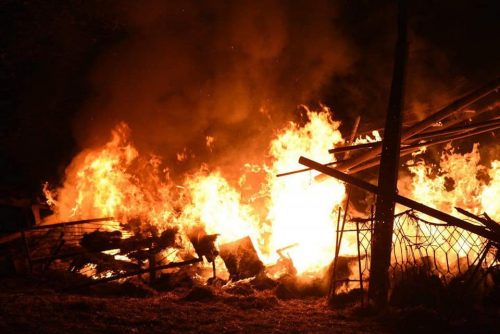 On October 11, Vahram Poghosyan, spokesperson of the President of the Republic of Artsakh reported that Stepanakert was again under rocket attacks and that it was a disrespectful attitude to the results of the negotiations that had taken place in Moscow.

The Armenian Unified Infocenter reported about the rocket strikes launched on Martuni, Shushi and various large rural communities of the Republic of Artsakh/Nagorno-Karabakh. 1 citizen was killed in Martuni and residential houses were damaged. 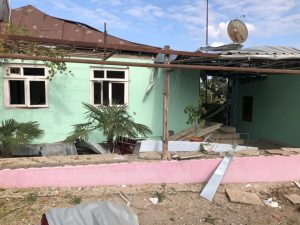 On the same day, RA Human Rights Defender Arman Tatoyan posted a video proving that in the armed attacks against the population of Artsakh/NK, Azerbaijan uses terrorist mercenaries.

NKR Infocenter posted photos, writing that as a result of the shelling of Stepanakert by the Azerbaijani armed forces, a residential house had been burnt. Fortunately, there were no casualties. 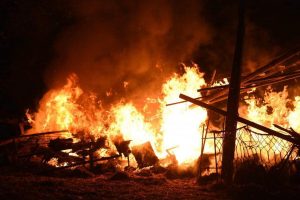 On October  11, Republic of Armenia MoD representative Artsrun Hovhannisyan reported that Azerbaijani UAVs, commanded by the Turkish air force and accompanied by F-16 planes, were targeting and striking the civilian population and infrastructures of Artsakh.

The Unified Infocenter reported that on October 10 and 11, Azerbaijan continued artillery and rocket attacks against civilian settlements of Artsakh/NK, targeting civilian infrastructures and civilian population and ignoring the agreement on ceasefire.

Let us note that Artsakh/NK and Azerbaijan accuse each other of violating the ceasefire established on October 10 for humanitarian purposes.

The Ombudsman of Artsakh published the second interim report on the Azerbaijani atrocities against Artsakh population. According to the report, for the time period of September 27-October 9 included, the Azerbaijani armed forces killed a total of 20 civilians in RA/NK, including 1 little girl, 7 women and 12 men. A total of 101 persons got body injuries, 81 of whom got serious injuries.

On the RA territory, there were 3 victims, including 1 death case as a result of rocket strikes launched on Artsvanik community of Syunik region on October 10. The other 2 cases on the territory of the Republic of Armenia were recorded in Gegharkunik region.

In the evening of October 11, Artsakh Ombudsman published more complete information on the attacks that had taken place in Hadrut and a number of other residential settlements the day before. It was recorded that the Azerbaijani side had killed at least 5 civilians since the ceasefire had come into force.

In the frame of the fact-finding mission, the Ombudsman in particular found out that on the afternoon of October 10, members of a subversive group that invaded the city of Hadrut of the RA/NK killed at least four civilians, among which also a person with disabilities. There are preliminary data that there are other victims among the civilians in Hadrut. The circumstances are still being clarified.

As a result of missile strikes launched on residential areas of Stepanakert, Martuni, Shushi and other settlements, a 75-year-old person was killed under the rubbleof his house in Martuni and a 65-year-old civilian was wounded in the village of Shosh.

As a result of the Azerbaijani artillery and missile targeted strikes, houses and infrastructure in different settlements were significantly damaged. During a visit to the site of one of the damaged houses in Stepanakert, the Ombudsman found the remains of a “Smerch” cluster missile banned by international humanitarian law, which is regularly and widely used by the Azerbaijani armed forces. 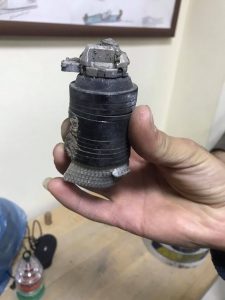