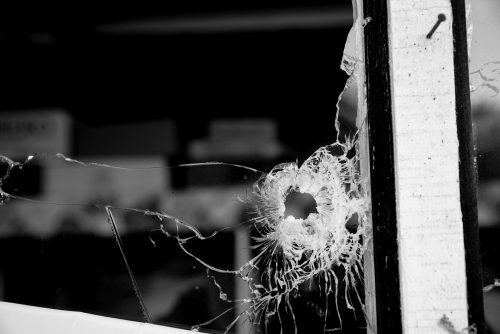 The Armenian Unified Infocenter reported that yet another civilian had been wounded as a result of rocket attacks by the Azerbaijani armed forces. Marine Pilosyan, a resident of the village of Knaravan in the Karvachar region is currently in a stable condition.

As the Infocenter reports, Azerbaijan continued to fire on the peaceful settlements of Artsakh/NK, violating all the provisions of international conventions. On the night of October 15-16, especially at dawn, the adversary opened intense artillery fire in the direction of Karmir Shuka and Martuni residences of the Republic of Artsakh/Nagorno-Karabakh and in the morning in the direction of Berdashen community. The settlements of Togh and Hadrut region, Tigranavan, Aygehovit and Aghavno settlements of Kashatagh region of RA/NK were shelled. The information about the victims and damages is being clarified.

The RA/NK Ombudsman reported that ignoring the humanitarian ceasefire, on October 15, at 19:00, Azerbaijan targeted Karmir Shuka village of Martuni region of RA/NK with "Smerch" cluster missile. As a result, one civilian was killed.

In his Twitter microblog Artak Beglaryan reported that as a result of the military actions unleashed by Azerbaijan, overall 34 civilians had been killed.

On October 15, a video was disseminated in social networks showing how soldiers of the Azerbaijani armed forces shoot Armenian prisoners of war.

On the same day, Artsakh Obudsman Artak Beglaryan touched upon the video and stated that it is yet another proof of Azerbaijan’s war crime. The issue was also touched upon by the RA Human Rights Defender Arman Tatoyan.

Armenpress made a reference to TASS news agency and wrote that in the small town of Martuni located 5 kilometers  away from the frontline in Artsakh, the group of international journalists recorded that it is shelled every day even after the ceasefire agreement. According to the journalist, many residents of the settlement have left, the rest are sheltered in basements. The Mayor of Martuni told the journalists that UAVs, “Grads”, “Smerches”, “Uragans” fight against them and there was even an air attack. Since the escalation of the conflict, 5 civilians have been killed and 10 civilians have been wounded in Martuni.

UNICEF Armenia reported, “We were saddened to learn of the report that a 14-year-old adolescent was severely wounded on his way to the field for harvest in Sotk community, Gegharkunik province. Our hearts go out to all children affected by the ongoing conflict. UNICEF repeats its urgent call for the protection of civilians and civilian infrastructure, and reiterates that a cession of hostilities is in the best interest of every child. UNICEF is accelerating plans with partners to provide psychosocial and other needed support to affected children”.