October 26. Humanitarian truce broken for the third time: 1 civilian was killed and some others wounded over the past day 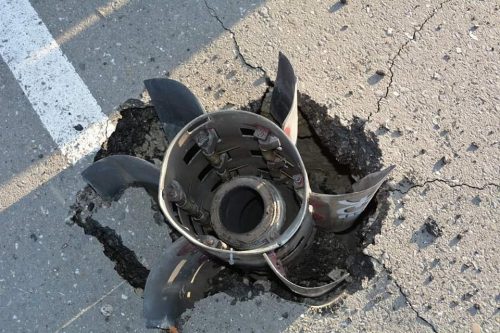 On October 26, the State Service of Emergency Situations of the Republic of Artsakh/NK reported that the enemy forces were launching rockets on Martuni region, including the town of Martakert, as well as the villages of the upper Askeran sub-region from MLRS “Grad” and “Smerch”. A residential house caught fire in the city of Martuni. Fire rescuers were working on the spot. Other data on the casualties and victims were being clarified.

RA MoD spokesperson Shushan Stepanyan reported that despite the ceasefire agreement reached in the United States, Azerbaijani forces launched an offensive in the south-eastern sector, continuing shelling the peaceful settlements as well. At approximately 1.50 p.m. the enemy used Smerch MLRS in the direction of Zardarashen village of Artsakh’s Martuni, firing one missile.

Artsakh’s Ombudsman reported on his Facebook page that the Azerbaijani side, violating the humanitarian truce agreed on October 25, continued missile strikes on the civilian settlements of the Artsakh Republic.

During the day, a number of settlements were targeted, including the village of Avetaranots in the Askeran region, where, from the fire of ''Smerch'' multiple rocket launcher, a civilian was killed and two civilians were wounded.

“Targeting and using banned weapons against the civilian population, involvement of mercenary terrorists, the Azerbaijani side’s behavior towards the Armenian captives and hate speech on Armenians evidence that they have set an objective to make ethnic cleansing in Artsakh”, said the Human Rights Defender during the interview.

Zara Amatuni, Head of Communication Programs of the ICRC in Armenia, reported that no action had yet been commenced to take the corpses left on the Artsakh-Azerbaijan conflict zone. Mutual agreement is necessary from the involved sides for the Red Cross to start taking the relevant actions.

In an interview given to American Fox News TV channel, Azerbaijan’s President Ilham Aliyev confessed that his country’s army had been bombing Artsakh’s capital city Stepanakert until October 9, after which they, in his words, did not bomb. Aliyev said that their attacks were before October 9 and after that they did not attack the NK civilian population and towns. In essence, this is a confession of a war crime against Armenians of Artsakh.

Thus, so far, as a result of the Azerbaijani aggression, overall 41 civilians have been killed in Artsakh/NK and Armenia.