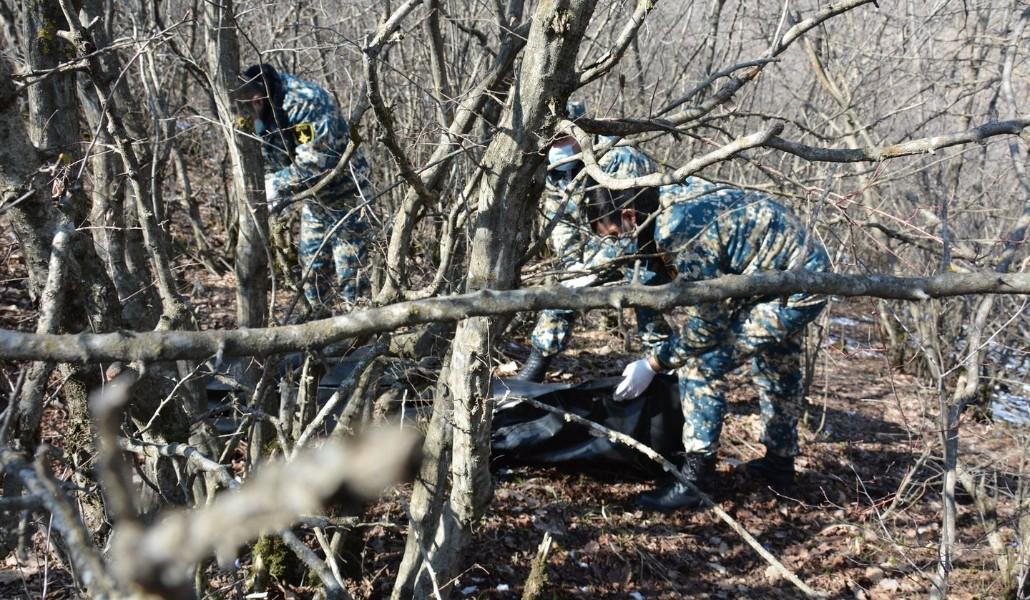 Helsinki Citizens’ Assembly-Vanadzor is receiving alerts that forensic DNA testing results are not provided to families of participants of the 44-day war. Competent bodies inform the relevant persons orally or in written form that there is a DNA matching, but forensic genetic testing results are not provided to families. While, expert conclusion is made within 30 days after appointing it (30 more days in case of voluminous expert examinations and heavy workload of experts), and it is provided to the victim’s legal successor within 10 days after receiving the conclusion in the frame of a criminal case.

44-day war participant Arman Manucharyan’s father applied to HCA Vanadzor, presenting the issue of receiving documents regarding expert examinations and sampling taken in the frame of the criminal case initiated with regard to his son. In the frame of the criminal case investigated for more than a year, he regularly applied to the RA Investigative Committee Military Investigative Department of Investigation into Particularly Important Cases, but was rejected with various incomprehensible arguments.

On November 9, 2021, having once again submitted an application on this issue and not receiving a response in the established timeframe,on December 2, Arshak Manucharyan, with the support of HCA Vanadzor advocate Samson Galstyan, appealed to the RA Prosecutor General’s Office, claiming to receive the requested documents and disclose the cause of inaction of the body conducting proceedings, as well as hold them liable, if necessary.

On December 6, the RA Military Central Prosecutor’s Office upheld the appeal by recording that the body conducting the proceedings manifested inaction and restricted rights of the injured party. Despite this, the RA Investigative Committee Military Investigative Department of Investigation into Particularly Important Cases still continues that inadmissible working style and does not provide the victim’s legal successor with the requested documents.

Another family that applied to HCA Vanadzor last talked to their 44-day war participant son on October 4, 2020. Not having any information about his fate, the family applied to get support from HCA Vanadzor advocate Ani Chatinyan. On September 14, 2021, the advocate applied to the RA Investigative Committee and the RA MoJ Scientific-Practical Center of Forensic Medicine, requesting information whether  a criminal case was being investigated with regard to the war participant G.A., whether there was a DNA match and what actions had been taken based on that. Not receiving any response, on December 29, A. Chatinyan applied to the Investigative Committee, again in vain.

The Investigative Committee obviously manifests inaction in terms of issues sensitive for the public and particularly, families of servicemen who participated in the war, leaving them in informative uncertainty and not expressing basic respect for  war participants’ families. There is an impression that the Investigative Committee does not perceive the importance of timely and proper provision of this information.

Not providing relatives with forensic DNA testing conclusions  in written form calls into question the credibility of implemented testing, as the relevant person does not personally see the full conclusion (which shows matches), and does not have an opportunity to examine the information and data therein evidencing that he is their relative. Confidence reduces particularly when the action of identifying the person is not implemented fully, as often the whole body is not shown; and it is difficult to accept and bury parts of body without seeing the conclusion of fact recording, only based on that information, especially taking into account that various parts of body are presented for identification, and in certain cases, relatives identify differences between description of their relative’s body and the presented body part.

We record that issues identified in non-implementation of examinations and improper implementation of recognition are worrisome. The state, represented by the relevant authorities, must take steps to improve the process of forensic genetic testing and identification of persons killed during the war, and thus build confidence for their families.